Rosa Temple is the pseudonym of published author, Fran Clark.
To date, Fran has penned and self published four publications as Rosa Temple; Sleeping With Your Best Friend, Natalie’s Getting Married, Single by Christmas, Sleeping With Your Best Friend and Dear...Anybody?.
HQ Digital (Harper Collins) has published three books in Fran’s pseudonym, Rosa Temple. The first was Playing by the Rules in February 2017 followed by Playing Her Cards Right on 28th August 2017 and Playing for Keeps on 12th February 2018.
A mother of two, Fran is married to a musician and recently moved from London to Herefordshire. She spends her days creating characters and story lines while drinking herbal tea and eating chocolate biscuits. 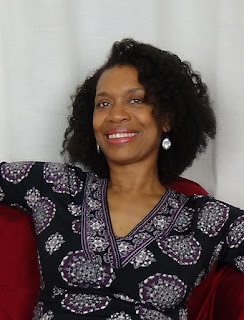 Popular posts from this blog

So, after months of struggling with navigating the blog on my website, trying to seek help for the problems I was having with it and getting absolutely no support (or none that was much use) I decided to come back to good old faithful Blogger in order to share news with you.

I have to admit, I'm not the most handy when it comes to technology (just ask my husband, or, as I like to refer to him, Customer Support). He'll tell you that hardly any IT knowledge I acquire stays in my memory or is of much good if it does. Thankfully, I can just about get my head around Blogger. So here I am!

As I sit here, smugly applauding myself for managaing to post a blog post, I remember that I am in the middle of completing a draft of my latest novel to send to my agent. I can do without technical issues getting in the way. I knew that if I didn't get this sorted, I wouldn'…
1 comment
Read more

The Trouble With Editing

At the moment I'm ploughing my way through the last book I wrote. I'm doing a major edit and by major I mean major!

As a writer it's very easy to fall in love with your characters. You find yourself getting carried away by their lives and very often the story you intended to tell about them just starts to write itself.

My latest book [Working title: I'm Ella Samuel] was always supposed to be a contemporary romance. In keeping with my back catalogue. Somehow my book went in a slightly different direction and it's very hard to place a book that crosses genres. They don't always work. With the advice of my agent I'm editing the book. Only problem is, once you finished a book, fallen in love with the characters and their story, it's hard to make those changes.

The first thing I had to do was accept that the edit would improve the book. That accepted, the next thing to decide is where to start. What do you cut out, which characters need to go and which plot …
Post a comment
Read more